Woman in a Rain Bonnet 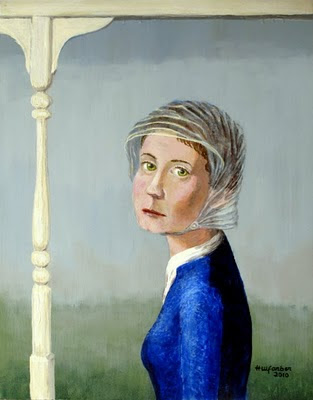 
I found a rain bonnet, wore it, and looked in the mirror while completing this painting. My hair now seems to be permanently pleated.

See previous blog entry for background on this painting. 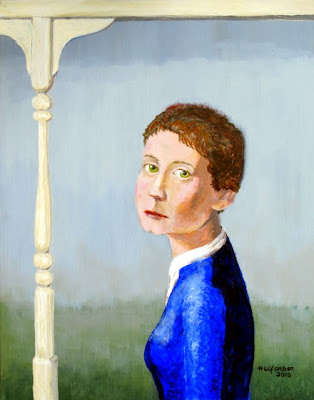 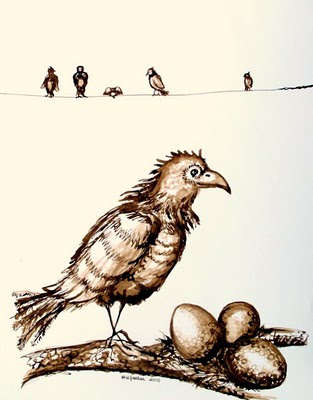 Brain Birds, walnut ink on w/c paper, 24x18
I arted around at the YMCA with my group today (one other person) using my new walnut ink and walnut stick--no reference photos or planning. After finishing the large bird I walked outside and looked for a bird in flight; instead, I saw wires and utility poles. Making things up and drawing like a first-grader are spirit-lifting--I do it often but don't always share.

Ruffle Crow and I wish you a Happy Easter or Happy Passover.