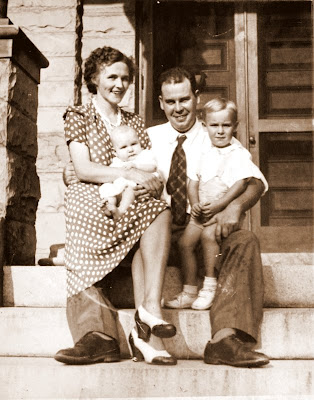 Some fathers are strong--they lift.

When Dad was 12, his father was killed in an accident. Dad quit school and worked so his siblings could stay in school. I was born in the back of his country store; then Dad (with Mom's help) built our house--obtaining plumber's and electrician's licenses as needed. He dealt in antiques and owned several farms.

At 40, he went to college. At 46, he graduated from Southeastern Theological Seminary in Wake Forest, NC and became a full-time Baptist minister--his dream. I think he was a minister long before he earned his degree.

When he was dying, he said "Tell Estelle (my mother) that it's beautiful." I think he might have been in heaven before his last breath.

He taught us that learning never ends; to stand for what we believe; to carry turtles to the other side of the road; and to act silly at least once a day.