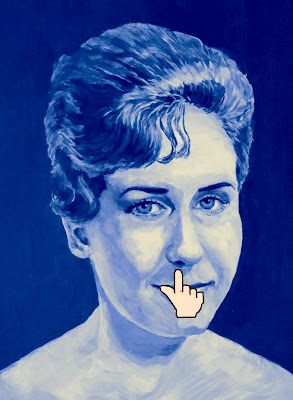 1963, Seen but Not Heard
I visit Celeste Bergin's blog often. She paints every day--landscapes, animals, cowboys, people, flowers--all beautiful. Several weeks ago, she posted a self-portrait that she'd covered with pthalo blue. I spent at least 30 minutes moving the cursor hand around her face. What fun. When the hand covered the mouth, I thought "Seen but Not Heard." I found a photo from 1963 and whipped out a portrait (in only eight days--fast for me). 1963 was a time of black eyeliner, high heels, and high hair. For some women, finding one's voice took a while (I would not go back). I always feel old photos are of some acquaintance--not of me. The blue tint and cursor drawing were added in Corel. 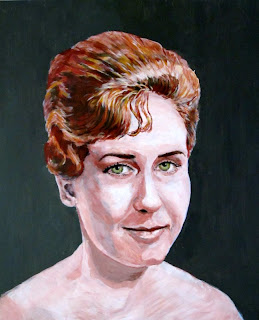 This is the painting, which was troublesome--I originally gave myself a longer neck, large pupils (like after a visit to the ophthalmologist), a too-long chin and a too-short upper lip. I judge this as okay and I might just cover it with pthalo blue--acrylic, 14x11. It has no title yet--maybe "Only my Hair was High." 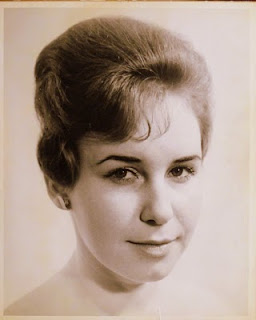 The photo was taken when I was not quite 21 and living in D.C. The photographer had been trained by the Navy in aerial photography, then assigned to submarine duty. We were co-workers; I married him. He was an offset photographer at the Commerce Department, and retired in 1992 as a Deputy Assistant Secretary of Commerce. (Where is my left shoulder?)

I am surprised by the resemblance in this photo to earlier blogs: "Woman in a Rain Bonnet" (April 26) and "A Leftover Chicken" (Feb. 24).

An update on the local ospreys. They are alive and well, and keeping an eye on the ball. 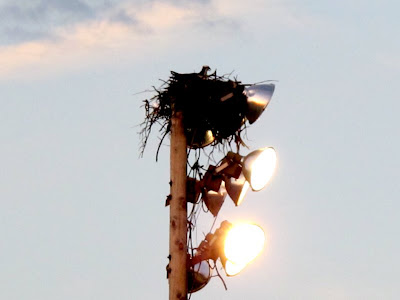